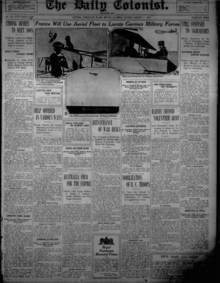 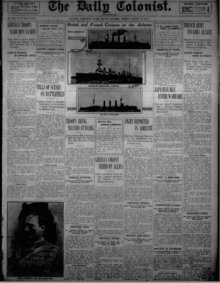 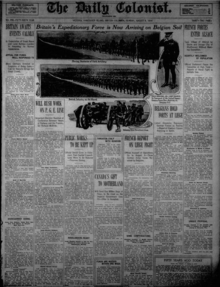 #dailycolonist1914 - This was a Sunday edition. 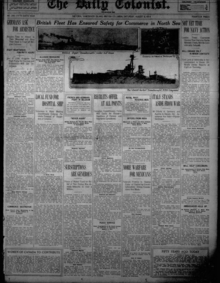 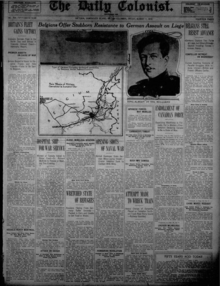 "Today's" news out of Victoria 100 years ago has some interesting tidbits:

#dailycolonist1914
News out of Victoria 100 years ago today:
- Field Marshal Lord Kitchener is appointed Britain's Secretary of War. This is the guy Berlin, Ontario was renamed after.
- Fighting in Belgium. German troops are repulsed by the Belgian army,
- Anti-German riots and vandalism in Antwerp
- The demonization of Germans continues with reporting of a Zeppelin attack in France "in violation of the rules of civilized warfare". 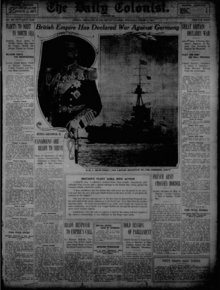 News out of Victoria 100 years ago:
- The paper is full of drum-beating patriotism. Almost every article is about Canadians lining up across the country to serve the Empire.
- Attached here is a little programme on just who's who in the war: 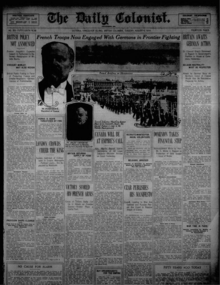 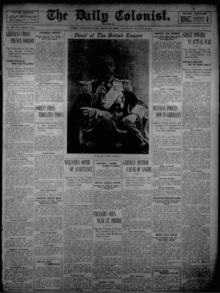 News out of Victoria 100 years ago today:
- A great big pictures of King George V and lots and lots of patriotic fluff to inspire people, but Britain still has not officially entered the war.
- Germany has invaded France, France is officially at war.
- First French "flying machine" shot down.
- Esquimalt harbour is closed to civilian vessels of all types
- Elko is threatened by forest fire 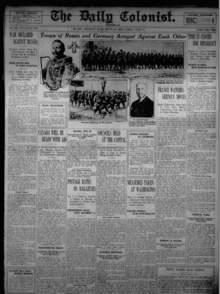 News out of Victoria 100 years ago:
- News of "yesterday's" declaration of war against Russia by Germany has made it out to our little Imperial backwater.
- Germany invades Luxembourg
- For the first time the German emperor is referred to as "Kaiser" (on page two).
- Prime Minister Borden expects the British Empire to declare war before the day is out. The Militia Department is being kept open (Aug. 2, 1914 was a Sunday).