Italy enters the war. Germans make more gas attacks and the gas being used is identified for the first time. Mine explosion in Nanaimo. Not to mention a fair bit of weird local news... 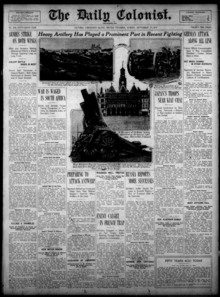 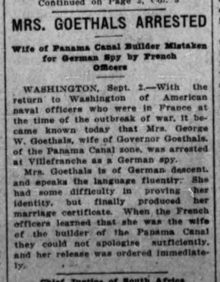 • Instead of an image of the front page, I'm leading off with an article that a certain Mrs. Goethals will find amusing: "Mrs. Goethals Arrested".
• Fantastic stories of a second Zeppelin attack on Antwerp, dog-fights over Paris, and other aerial conflicts [remembering that most people around here may not have even seen an aeroplane yet].
• Russia has renamed St. Petersburg to Petrograd and asked other cities with German names to Russianize..
• Lots more... 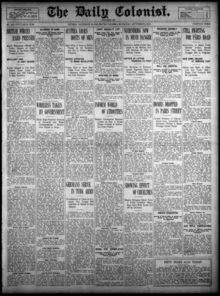 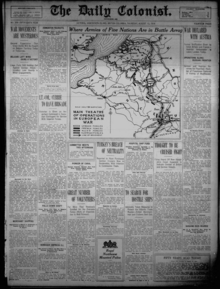 News from Victoria 100 years ago today:

Not What I Was Looking For

I was just digging through my box of old photographs, looking for something in particular, and much to my surprise, I found Waldo!