[Gothic BC] This week's crop of new features

It's December now and the Santa Claus parade has just marched by this ancient brickpile we call home. Valerian has suggested the idea of a Gothic BC float next year playing this: 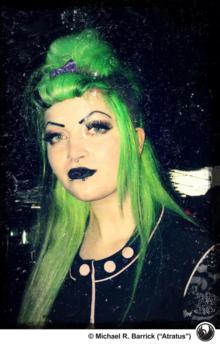 [Gothic BC] Upcoming Events on the Home Page

I'm not sure if I will keep this or not, but for now I'm trying out having events upcoming in the next couple of days float to the top of the list on the home page. This is a little redundant to the "Upcoming Events" block at the bottom of every page, but not entirely. Any opinions?

[Gothic BC] New Features for the Photo Gallery

[Gothic BC] Latest Fixes and Updates for November 13

I've brought back the ability for Confirmed Adult Users to set their default NSFW filter state in the user profile and for users to be notified of tags in the public gallery. Go to "My Account" in the user menu on the left side of the page and click the "edit" button. You'll see the check boxes on the page. The user profiles are still a work-in-progress and still a bit of a mess, bear with me. I've also made some more tweaks to the user photo album upload and promoting user albums to the public photo gallery.

I've repaired a few problems with the new site

And on the "new" side of things: