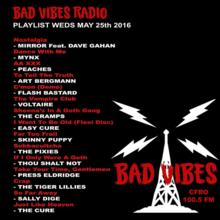 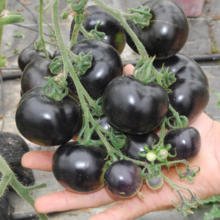 Something to add to my balcony garden, I think. As the video below explains, these were developed by the University of Oregon by cross-breeding programme aimed at increacing anti-oxydants in tomatoes. Of course the marketing photos and the viral stuff going around about these only show the best and blackest tomatoes. Like many "black" plants, in reality these will tend to grow more purple than absolutely black, but still, pretty cool looking.

Don't forget to tune your radio receiving devices to 100.5 MHz on the frequency modulated (FM) band today at 3:30 to listen to me tell stories of the glorious past like a goth Grandpa Simpson.

[Gothic BC] The Gothic Shoe Company 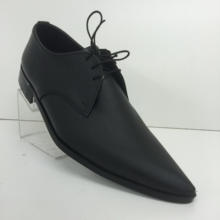 Today is Chinese New Year's day today, and it's happy shoe day for me. On January 3rd I ordered a pair of classic winklepickers from The Gothic Shoe Company of Essex, England, and they arrived today. These are hand-made shoes so the five weeks for delivery is not just the shipping from the UK to this, the western fringe of the old Empire, but the time to make them to order. Because they are made to order they will do custom work, but for a first order I chose to go with an "off the rack" and simple style.

More on this later, but it was confirmed today that I will be the #VALT2015 Look Book Photographer. 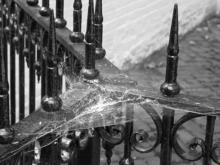 [Gothic BC] "Vancouver's Gothic Vibe" in The Province today 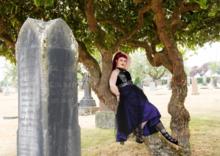 For a few hours next Sunday, Vancouver will be home to the world?s blackest beach. 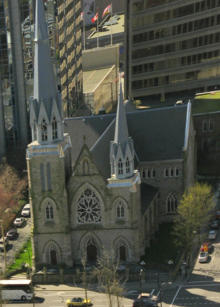 This morning I had a little photoshoot, where I was the subject not the photographer, over by Holy Rosary Cathedral on Richards Street. It is for an upcoming article in The Province related to the "Gothic Migrations" 12th Biennial Conference of the International Gothic Association. The International Gothic Association is out of Lancaster University and devoted the academic study of the Gothic founded in, but extending well beyond, the Gothic sub-genre of 19th C. Romantic literature.

[Gothic BC] People Get Irritable