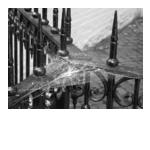 With the automatic inactive user maintenance I've purged a whole bunch of dead accounts. User that have ever posted any content, even just a comment, have been tagged in a photo or have an early adopter account or another permanently assigned role are permanently exempt from automatic deletion. From now on new users will get a nag two weeks after their last sign-in that they need to participate if they haven't posted anything, and if they don't log in they'll be automatically deleted. If they log in but don't create content, they'll be nagged again in another two weeks. This is designed to automate the removal of spambot accounts and get more activity out of real humans.