You May Not Have What We Said You Could Have 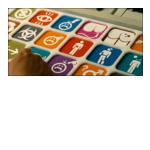 Once again I dabbled into the insufferable realm of actually thinking I could get what I asked for from one of the giant telecoms.

I have an old phablet that I use strictly as a tablet. I don't want or need a phone, but there are no true tablets that meet the "fits in my coat pocket" criteria that makes the device something useful I can carry around all the time. I've been using it for several years now without a valid SIM card, just using WiFi.

Then I saw that Telus has a tiered data plan for tablets that starts at $5/mo. and I thought it would be nice to have a small amount of data for the rare times I want to connect for some little thing when there is no WiFi to connect to. So I went into a Telus store, device in hand, to ask if this plan was something I could use on my phablet. I was assured it would be no problem and got connected in the store.

Then, a few weeks later I got my first bill and it was multiple times higher than it should have been for the paltry amount of data I used. So, when I had an hour to waste—because these things never take less than an hour—I contacted customer service and once I explained everything three times, they knocked off over ⅔ of the bill.

The the next bill came, and while not a lot of money, there was an inexplicable overage charge of $3 even though I had only used about ¼ of the allocation in the lowest tier. The usage for the current month, as yet unbilled, was also showing I'd already incurred this mystery overage charge just a few days into the new billing cycle, with next to no data having been used. So, again, when I have at least an hour to put aside, I contact customer service.

At first I'm just using the online chat and explain what is going on. The rep I am chatting with is good and agrees that the two $3 charges should not be there and reverses them. So far so go. Then it comes out that the charges are there because I have the SIM card in a phone, not a tablet. I explain that I have no use for voice, that the device never gets used as a phone, and that I had specifically asked for a data-only plan at the store and had been absolutely assured that it would be OK to use the plan in this fashion. At this point I'm asked to phone in to the Telus Mobility Loyalty Department... and things start to go south.

I call into the number I was told to call and explain what is going on to the rep there. I regret not making a note of the name, because this Loyalty rep was an utter asshole. "You can't do that," he says. "That's a tablet plan and you are using it in a phone."

"But the guy in the store told me I could. I had the device with me when I got the plan," I explained again.

"You can't do that. That's a tablet plan and you can't use it that way," he repeats, with no small touch of disdain in his voice.

"So you are telling me that I was lied to in the store and was snookered into something I didn't want?" I ask.

"You can't use a tablet plan in a phone," he repeats.

"Why not?" I ask, starting to get pissed off at his tone. "I don't use this as a phone. I only want data. I explained it in the store. I had the device with me in the store. Why was I sold something I can't have?"

"You can't use a $5 data plan in a phone. You can't do that in Canada. If you could, everybody would do it," he says, in a tone so freaking condescending I'm wishing I could head-butt him through the phone. And I think to myself, "Yeah, God forbid you have a reasonably priced, useful plan that people would buy instead of being ass-raped every month," but I hold back. Barely.

"This is Customer Loyalty," he says, ephasising the word 'loyalty' as if it was somehow my job to be loyal to Telus despite being lied to and bilked rather than his job to try and earn my loyalty. I'm fuming at this point.

"Cancel the damn account and give me my money back," I demand.

"We can't do that over the phone. How am I supposed to send you money over the phone?" he says, swimming into new depths of condescenting dickdom.

"Have you heard of a 'cheque'?" I ask, wanting to finish the scentence with, "you condescending prick fucking asshole," but refraining. Barely.

"You have to go into the store to get your money back," he tells me. "We can't send you a cheque."

I'm thinking about times in the past, back in the long-lost B.C. Tel days, when I'd received cheques refunding credit balances on my account when I'd cancelled my phone to move. I'm thinking of people in rural B.C. who are no where near a Telus store, how do they deal with them? I'm thinking I've already wasted hours on this boondoggle and do I really want to spend another two hours on a day off to go downtown, argue this again with someone in the store, and come all the way back to get the $15+tax back on the SIM card, maybe, if I'm loud enough and lucky enough to get someone who'd rather just issue the refund than argue with a crazy old man? I sum this up with, "That not convenient. Why is that necessary?"

"You have to go to the store to get your money back. When you buy something at Wal-Mart and want a refund you have to go back to Wal-Mart," he says, still using a condescending tone and assuming that since I don't care to throw money at Telus for things I don't need or want I must shop at Wal-Mart.

At this point I've had it. I'm angry. I've been lied to, basically robbed, and then talked down to by condescending asshole for not accepting that as normal. I don't quite remember what I said at this point, although I am pretty sure I did call him an asshole before I hung up.

A few hours later, when I had calmed down, I phoned back and cancelled the account. The person I spoke to this time let slip that the notes made by the condescending asshole ended with the note, "Customer hung up," making me wonder what else what written. However, this time the account was cancelled immediately, including voiding the outstanding balance on the bill. In the end I'm still out about $12 and a few frustrating hours. I'm also never, ever going to be a Telus Mobility customer again.

I've also had bad experiences with Bell Mobile and Rogers Wireless, both personally and with corporate accounts under my perview. And things go bad farther and faster if you have any kind of requirements that aren't completely within the bounds of some pre-definied cookie-cutter package. Sometime, like this experience with Telus, you end up out-of-bounds when a sales weasel promises something that can't (or more realistically, "won't") be delivered. Sometimes you end up out-of-bounds when something you have that works isn't an option anymore. Bottom line is, though, if you are not lock-step with what everyone else is doing, it winds up being a constant fight.

Service only stretches so far as what buttons are available on the register.