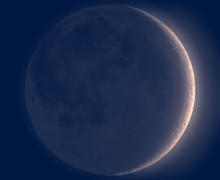 [Gothic BC] Upcoming Events on the Home Page

I'm not sure if I will keep this or not, but for now I'm trying out having events upcoming in the next couple of days float to the top of the list on the home page. This is a little redundant to the "Upcoming Events" block at the bottom of every page, but not entirely. Any opinions?

I've repaired a few problems with the new site

And on the "new" side of things:

O.K., so I didn't get to posting pictures tonight, but I added a new feature to the photogallery!

[Gothic BC] The Calendar is Broken

Poop. It seems the calendar isn't working properly on the live site, yet is working just fine on the development site. It's a bit too late (or early) for me to figure out WTF is different. Hopefully it isn't a big deal and it's just because I'm tired that it isn't obvious to me right now.