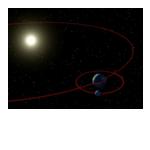 Happy very monumentally important arbitrarily chosen date marking the anniversary of the Bris Mila of the Made Up Son of the Great Imaginary Friend, even though the Big Book of Made Up Stuff kind of hints at, and history records, that the census Joe was bringing himself and his Mysteriously Knocked-Up wife Mary ("Really, Joe! It was the Immaculate Hand of Great Imaginary Friend and not the epic Italian wang of some cute Roman soldier with a sexy accent!") to be counted in actually happened in the Spring, and the actual "year 1", depending on who you talk to, is somewhere between 2 and 7 years out, and the whole December thing was made up by some guy with a bad haircut and a brown dress several hundred years later in a calculated attempt to be in synch with the Get Drunk and Burn a Tree on the Longest Night of the Year festival of all the shouty northern folk... and that for the first 1,582, 1,700, 1,752, 1,753, 1,918 or 1,923 years (depending on whether you were Dutch or Catholic, Protestant, British, Swedish, Russian/Soviet, or Greek, respectively) the years didn't have leap years so the dates didn't match up with the actual orbital period of the Earth around the Sun and slipped off by a few weeks. So on this next orbit around the sun, may the inadvertent apophenia that we all have as the evolutionary artifact of learning when to collect shellfish without out getting washed out by the tide or dying horribly from paralytic shellfish poisoning fool you into thinking the uncaring infinite universe is directing some kind of anthropogenic good will at your insignificant and ultimately meaningless and ephemeral existence.