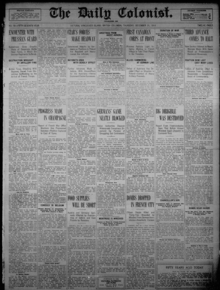 This will be the last of my daily updates from 100 years ago, as it was always my plan to stop when news of the Christmas Truce made it to this back-water end of the Empire, which it finally has. It's been too interesting reading history in this as-it-happens kind of way, so I expect to keep reading these century-old papers and will have the odd thing that is too interesting not to share.... 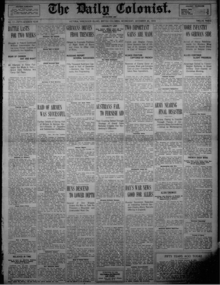 • More news from the raid on Cuxhaven
• The internment and persecution of "alien enemies" in Canada and Britain
• The first small bit of news that the Christmas Truce happened at all... 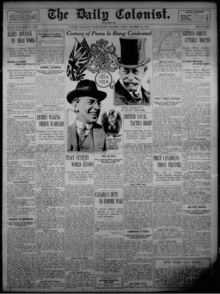 The news out of Victoria, British Columbia, 100 years ago today puts as bright a spin as possible on the day.

• Celebration of the a century of peace between Britain and the United States,
• Christmas announcements from the King and the provincial government,
• News of Christmas being celebrated in London and Berlin,
• Christmas dinner for Canadian troops in England,
• Some local news from Vancouver that is unintentionally comical,
• Many, many advertisers wishing people Merry Christmas, and
• Notice that there will be no paper tomorrow due to the holiday.

It's December now and the Santa Claus parade has just marched by this ancient brickpile we call home. Valerian has suggested the idea of a Gothic BC float next year playing this:

Christmas Shopping Used to be So Much Simpler 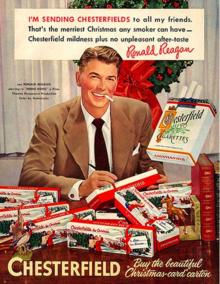 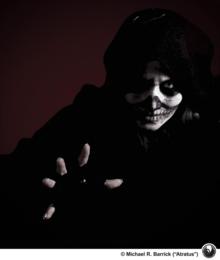 I was listening to the CBC this morning and realizing that no-one is going to wax poetically about video-game hockey like they do for the old slot-hockey tables.

The stars died so that you could be here today.

The amazing thing is that every atom in your body came from a star that exploded. And, the atoms in your left hand probably came from a different star than your right hand. It really is the most poetic thing I know about physics: You are all stardust. You couldn’t be here if stars hadn’t exploded, because the elements - the carbon, nitrogen, oxygen, iron, all the things that matter for evolution - weren’t created at the beginning of time.