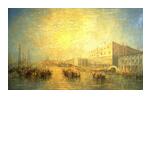 Disclaimer: this is fiction. Yes, there is some truth behind it—write what you know and all that—but it is a distortion, an exaggeration, with bits outright conjured from the aether. And it’s just a vignette that needs to find a longer story to live in.

When he wondered what his life would have been if he had made some monumental decision differently he didn't do it in the way he understood other people did. There was at least one thing he had learned while time washed over him, water from a flushed toilet, brief and awful: he knew that whatever pivotal decisions he might have made differently, misery would still ensue. Wistfully dreaming about how life might have been better if "this" instead of "that" was a lie he understood. Rather, he wondered in abstract curiosity encased melancholy about how the inevitable miseries would have transpired differently.

A friend once related a story about the person they couldn't help but compare everyone else, who had become the yardstick all their relationships were measured. His friend named that rule of thumb after the person that inspired it. They called it "The Erin Andersen Rule," and, that name stuck with him the way names like "Aspirin", "Coke" and "Heroin" had transformed in to words.

The most interesting hypothetical misery was his own erinandersen. A number of covivants and two wives with a fiancée between them who never made it that far, were all brides of Frankenstein stitched together from elements of his erinanderson.

No matter the time that had passed his erinanderson haunted places they had kissed and even whole cities from the Great Lakes to the Canal Grando. Those ghosts were just nostalgia, however, and he knew that nostalgia was a seductive equivocator that left out life's integral misery.

Nonetheless he had loved her, and of his own mind and heart he could be sure. There was evidence that she had loved him: old letters he never looked at; an old mix-tape with her voice saying as much; an inscription in a book she had given him—

Given with many apologies, many smiles, many flowers and many kisses that could not be delivered in person.
Just so you know… “Eyes of a Blue Dog” is the most brilliant story I’ve ever read so stop reading my meaningless scrawl and become enlightened. (As if you’re not already.)
Happy Birthday! Whenever it is and however old you are eludes me, but I know it is in July sometime. Sorry I missed it so many times.

Followed by the closure “Love and Lemon Pledge” and her name, which was not Erin Andersen.

The inscription was thirty years old now. He was no longer who he had been then, nor was she. Yet where would they be now if they had not spent those decades only meeting in dreams neither could remember?

They would have been happy for a while to be sure, but he was not naïve enough anymore to imagine that lasting from one millennium to the next. He wondered now when would things have changed, and what would the wedge have been? Feelings as strong as they had been could only end with feelings just as strong. What would hating her feel like? Would he even have survived her hating him when one of her mere shadows had driven him right to the edge?

These were the interesting questions.