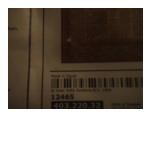 OK. So yesterday I bought an area rug and runner at Ikea. I went there for other things but the rugs were not ugly like every other rug at Ikea and were on sale for obscenely cheap (like Bianca Amor's Discount Warehouse cheap), probably because they were actually nice and therefore unappealing to the people that buy yin-yank coffee tables and glassware with tiny bubbles by the hard working indigenous people of wherever. Since I was already planning to buy an ugier carpet for the same amount of money I though "fuck it", navigated back to the secret cache of shopping carts like a despondent rat in a cruel experiment involving social alienation and heroin, and returned to literally cart one off.

When I returned and older couple (they were decrepit quinquagenarians at least two of three years older than me) we looking at the rugs.

"The price is good," said the man.

"Yes, and they are kind of nice," said the woman.

"I think so," I interjected as I grabbed on and began to struggle to balance it in the cart.

"You'll need a flag for that," joked the man. I laughted and agreed, and also worried that I might actually need a flag since it was unlikely this was actually going to fit in the SmartCar car-share rental I was using.

As I awkwardly rolled away, wondering what lünatikføkwittur designed the shopping carts at Ikea to have all four wheels swivel so you can't steer them at all with anything heavier than a purse-dog in them, the quinquagenarians continued conversing.

"Do you think they are real oriental rugs?" asked the woman.

I wondered at that point if a "fake" oriental rug is made in China, how is that not oriental?

I unrolled the runner today, noticing it was in fact made in Egypt, smack-dab in the middle of the traditional "Rug Belt" from which the European concept of the "oriental rug" comes from, brought back by fashionable Crusaders to warm up drafty castles.

So it turns out, yes, it is a "real" oriental rug.  Sure, they are made of polypropylene like my other "fake" (made in Belgium) rugs, so there is that technical fakery to them (which is actually a good thing because they are inedible to moths and silverfish), but it is a much softer fibre and finer weave so it feels amazing. I just want to stand on it and make fists with my toes.