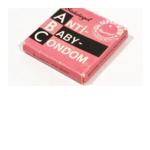 I will have five documentary event portraits in Sex Talk in the City at the Museum of Vancouver, running Thursday, February 14, 2013 to Monday, September 2, 2013.

At this point the final selection of exactly which five images will be displayed has not been made, but the short list of photos are from Sin City and Restricted.