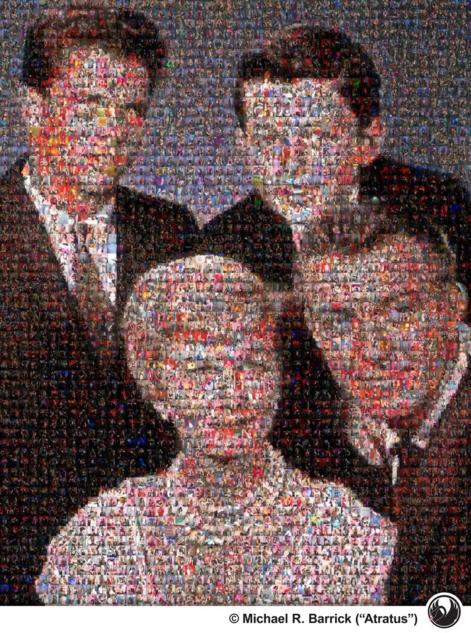 "Leave it to Beaver" is, of course, the very paradigmatic example of the idealised 1950's suburban lifestyle. Reality, meanwhile, was never quite so clean cut. While the Cleaver family was on T.V., Bettie Paige was being made famous, low budget "Sword and Sandal" movies were rife with homoeroticism and thinly-veiled BSDM imagery, Playboy was founded, and so much more was going on. By golly, even the Cleavers must have had sex at least twice!

This image is made up of a composite of over 3000 photos from "Sin City Fetish Night" in Vancouver, British Columbia, selected the over 20,000 I have taken as the official photographer of this club night for the past 11 years. Sin City is currently promoted by "Restricted Entertainment."